Air China Boeing 777-300ER Business class exceeded my expectations. If the price was right, I would fly with them again. For your next Air China flight, use this seating chart to get the most comfortable seats, legroom, and recline on.

Air China's fleet is a vast, unwieldy, collection of pretty much every aircraft still flying today. It is also surprisingly new, with an average age of six years. All of the old 767 have been replaced, with newer models from Airbus and Boeing. Air China has the world's 10th largest airline by fleet size.

Which makes it a little odd when you get on board that Air Chinas' aircraft seem, well, just a bit dated. In fact, not just dated but positively prehistoric. From the livery – which is straight out of the 1970s – to the seats – which haven't changed much from the 1980s.

Air China are nothing if not traditional, with a three class layout on most long haul planes, with First, Business and Economy. A very few of the latest planes now offer Air China Premium Economy, called Super Premium Economy class.

There are new, old, and regional variants on Air China, and these are poles apart.

The old regional variant of Air China First Class is woeful, with just an old fashioned recliner and a tiny TV screen that pops out of the armrest.

The Boeing 777-300ER has the latest version of First Class with eight large and private first class suites at the front of the aeroplane.

The Boeing 747-400 has a strange version of First Class – called of all things 'Forbidden Pavillion' Class, with quaint 1980s style First Class seats, arranged as sort of sem-pods, but with very stark utilitarian armchairs.

Prepare for a bit of a shock with Air China Business Class. Some of it is great, and some is woeful – the problem is you won't know what you're going to get until you end up on the plane.

Boeing 747s have just been updated with the latest lie flat seats, and they aren't too bad at all. Quite a long way away from each other wth a decent 70 inch pitch, the only problem is seeing the TV screen, which, while attached the seatback in front of you, is still a long way away.

The very latest Air China Business Class seats are on the Boeing 777-300ER, which has fully flat beds are arranged in a 2-2-2 configuration. The business class seat is called the Diamond seat, and is very similar to American Airlines' business class pods for new transcontinental services. There is a 15.4-inch screen playing on-demand entertainment, plus a power point for each seat.

Air China Premium Economy is called Super Premium Economy class. It is only offered between Beijing and Shanghai , Shenzhen , Guangzhou , and Hangzhou where the special Airbus A330-300 aircraft have been adapted with seats with a 36 inch pitch, and 18 inch width (2-4-2 layout), and on the old Boeing 777-200 models with a rare 2-5-2 layout and again 36 inches of pitch. There are few frills, but at least there are seatback TVs, and you get served the (economy) meals first, so you always get a choice of food.

Economy on Air China really is a mixed bag. The latest Boeing 777 and Airbus A330 have the very latest seats, but other aircraft - notoriously the Boeing 767s and 747s - can have very outdated seats with no seatback TV. As always, expect little and you won't be disappointed.

Long haul, Air China generally use the Boeing 777 for their flagship routes. However, there are two different variants, and this can make a significant difference to your journey. Air China have 13 Boeing 777-300ERs of its own, and orders for 7 more to follow when the Boeing 747-400s are phased out.

The normal variant of the Air China Boeing 777-300ER has 8 in First Class, but 42 in business class, 63 in Premium Economy, and 263 in economy down the back, seating a grand total of 313, which is pretty light for the largest 777 variant.

The Air China Boeing 777 in First Class has 2 rows of mini-suites. These are pretty swish, with sliding doors, 78 inches of pitch, and a large 23 inch AVOD TV IFE.

Things aren't nearly as good on the Air China Boeing 777 in Business Class. There is the new business class seat, called Diamond, which has fully flat beds are arranged in a 2-2-2 configuration, On a Boeing 777 this is regarded as relatively spacious, with seven rows, where both seats on the left face towards the windows, the middle D and H seats are angled towards the right, and J and L (yes, very odd – the row on the right on Air China are J and L) also pointing towards the windows. Therefore, you really need the A or C seats if you want some privacy.

There is a 15.4 inch TV screen with AVOD on-demand entertainment, plus a power socket at each seat.

Down the back in economy, it's not as bad as it could be. Air China use a 3-3-3 layout, that gives much more width on the flight, compared to other operators – such as the 3-4-3 layout on Emirates or Air France. There is a small 9 inch seatback TV, but that's about it for frills.

NEWS: Air China is replacing all of its old Boeing 747 aircraft with new Boeing 777-300 models. Air China is nothing if not inconsistent with its Boeing 747-400s. There are two different seat plans, one of which has First Class in the middle of aircraft, and business in the nose, and one which has it in a more normal layout with First up front.

Air China has a small fleet of the classic Airbus widebodies. There are thirty A330-200 for shorter routes with less capacity (237 seats), and eleven A330-300 (301 seats) for longer more dense ones. Almost all aircraft have been newly reconfigured, with the latest business class seats. None of the aircraft have First Class. Both types have pretty similar cabins, although some of them have not dated very well. 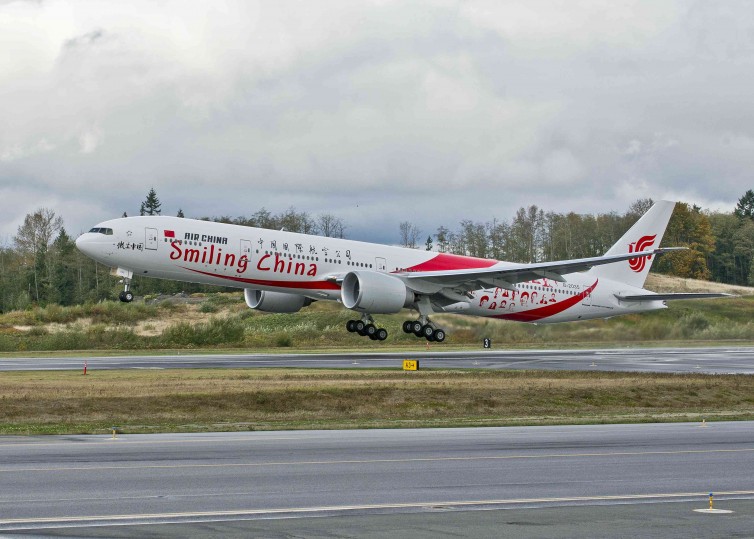 Business Class on Air China A330

Business Class seats in both aircraft, in a wide 2-2-2 layout. In the A330-200 there are two separate cabins, with 3 rows up front, and then 2 rows behind. Here – always take the front cabin, as it is much quieter. The A330-300 however has five rows before the galley.

All seats have a 58' pitch, and are the latest second generation business class seats, which recline into a fully flat bed. All aircraft have AVOD, and a 16 inch seatback TV.

Row 1 gets a bulkhead with loads of legroom - and unfortunately bassinette fittings. If you don't want to be blighted by sitting next to a couple with a crying baby, ask if there are any children onboard before asking for this seat. On the A330-300 there is a small walk up bar at the front of the cabin, in front of 1D and E. These seats are great if you want a drink, but to be avoided if you want to sleep, as you have to lean around the front seat passengers if you want to get a drink from here.

Premium Economy on Air China A330

Economy on Air China A330

Air China Economy Class on the A330 is in a 2+4+2 formation, which is ideal if you are flying as a couple, as it means the end of clambering over two people when you want to leave the window seat. There is a great seat pitch of 32 inches and Air China reviews do show this really does help longhaul. The seats have a video screen, and have the remote under the TV screen, rather than clamped into the arm as it is on many planes. On the A330-200 row 31 gets a bulkhead, while row 44 gets an emergency exit, but it is blighted by light spill from the toilets ahead of this seat. On the A330-300, the bulkhead seat is row 31, while the emergency exit is row 49, and in this case both of the rows are blighted by lightspill.

Air China has a solid fleet of no less than 108 Boeing 737s, almost all of which are the new Boeing 737-800 type, with just 21 of the smaller Boeing 737-700. Although initially they were used mainly for domestic routes, many are now finding their way onto some international routes too. Business Class seats are in a 2+3 layout, with the A and C seats are made from a normal set of three seats, with the armrests pushed closer together to give lots of seat width. It is recommended going for these seats, but here rows 2 and 3 are the best, as row 1 is the bulkhead row, which gives you nowhere to stow bags containing things you want quick access to.

All planes have had a minimum of three business class rows, but with just a sliding curtain that can move according to demand, and sometimes you'll find your seat moved if the curtain moves, thanks to a sudden influx of people in the cheap seats. On the other hand business class can go all the way back to row 20. 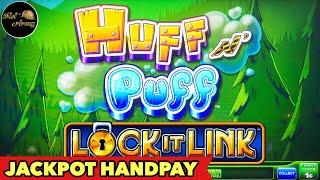 Economy is in the usual 3+3 pattern, with row 10 being the emergency exit seat, with a lot more legroom.