The British Columbia Lottery Corporation (BCLC) is the regulator of gaming activities in the province. The Crown Corporation is responsible for all brick-and-mortar gambling activities, as well as PlayNow.com, the home-grown online casino Canada players from BC and Manitoba have access to.

On Wednesday, August 23, BCLC announced the release of its annual Social Responsibility Report for the fiscal year 2016-17. Although a few of their initiatives failed to reach the target goals set forth for the year, the majority met or exceeded those marks. BCLC improved over the previous year’s performance in all but two metrics.

In a press release announcing the report’s publication, the BCLC said:

“BCLC is committed to following internationally recognized best practices in sustainability reporting and this year its key social responsibility performance metrics have received independent third-party assurance to provide additional confidence in the accuracy of the information contained in this report.”

Player Awareness / Use of GameSense

BCLC launched GameSense in 2009 as a way to deliver responsible gambling information to players, helping them to make better, more informed decisions. GameSense appears throughout all BC casinos, as well as its online casino. Canada has lauded their efforts, and the report reflects increased awareness in 2016-17.

Mystery shoppers are used to test the efficiency and regulatory compliance of lottery retailers across the province. Oddly enough, BCLC only set its goal for passing Mystery Shopper tests at 50%, but is hoping to reach 75% by 2019-20. If you look at it that way, despite this year’s setback, they still received shining marks.

Employee Statistics for BC Casino Operator

The social responsibility of casino employees is tested in three categories. They include customer engagement, employee training, and employee appreciation of corporate responsibility.

Employees who agree BCLC is a good corporate citizen came in at 94%, up from 91%.

Provincial corporations are meant to be highly transparent, giving the public a solid image of what they do, why they do it, and—above all—where the money goes. This is another area where BCLC has relatively low expectations—just low enough to exceed them.

Public perception of BCLC’s transparency came in at 64%, up from 60% in the previous period, with a 60% expectation rate.

In order to achieve ultimate appreciation in the community, the public should be able to perceive positive contributions from its regulator of land-based and online casino operations.

Public recognition of positive contributions increased from 68% to 73%.

These contribution include $96.8 million paid to the local governments who host gambling facilities. BCLC also contributed $134.8 million in community gaming grants, and $1.3 billion to the coffers of the BC government.

As a socially responsible corporation, it’s not just the regulator’s job to reduce harm. A reduction in BCLC’s carbon footprint is equally important. In this regard, the BCLC is doing its part to help the environment and conserve energy.

Waste diverted from landfill – Kamloops office rose from 59% to 64%.

Royal Vegas is our editorial pick for safe Canadian gaming. Currently offering a good range of Canadian deposit options, everything from prepaid gift cards, to eCheck, instadebit and visa/mastercard. That, and a world-class gaming experience, with countless table games, strong variety, and even live dealers. The brand has been in the business for a decade long.

Since 1985, BCLC has been developing games that are fun, fair and contribute to the growth of British Columbia. BCLC has delivered revenue from gambling back to the province for 35 years to support provincial programs and communities. From new games and major jackpots to anniversary celebrations and monumental events, BCLC’s history is a colourful one.

Expo ’86 was the first initiative that lottery revenue helped fund, creating jobs and supporting the construction of the SkyTrain and the Expo Centre, which eventually became TELUS World of Science.

BCLC sponsored the Canada Summer Games in Kamloops with a pre-opening ceremony that featured 49 five-foot lottery balls for the “World’s Largest Lotto Draw”.

BCLC sponsored the XV Commonwealth Games in Victoria, welcoming international and national guests to the city.

The Voluntary Self-exclusion program is implemented by BCLC to help individuals honour their personal commitment to take a break from gambling.

BCLC Became a Founding Sponsor of the Olympic Winter Games

BCLC became a founding supporter of the 2010 Olympic and Paralympic Winter Games in Vancouver and Whistler. 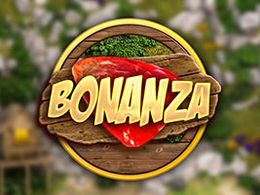 PlayNow.com is introduced to provide players with a secure gambling website.

BCLC and the Vancouver Organizing Committee for the 2010 Olympic and Paralympic Winter Games announced the unveiling of SportsFunder, a suite of lottery games that helped generate revenue for amateur sports and athletes in B.C.

To count down the 2010 Olympics, BCLC created a 5,000-square foot Winter Games Dome that gave visitors from B.C. communities the chance to participate in interactive bobsleigh and alpine experiences, and to win tickets to the Games.

PlayNow.com partnered with the Manitoba Liquor and Lotteries Corporation to bring regulated online gambling to players in Manitoba.

BCLC committed to diversity and inclusion by signing the Minerva Diversity Pledge, in which Minerva and executives of participating businesses commit to closing the gender gap in their organizations.

BCLC introduced the Lotto! App making it even easier for players to their scan tickets and check numbers.

In partnership with Evolution Gaming, BCLC introduced the first Live Casino in North America, where online players can enjoy an interactive casino experience with real dealers.

Largest Prize Ever Won in BC, GameSense Advisor Program Expansion Completed, and More

A $60 million Lotto Max jackpot is won in B.C. making it the largest prize ever given in BCLC’s history.

BCLC completed its expansion of the GameSense Advisor (GSA) program, fulfilling its commitment to having a GSA in every casino and community gaming centre in B.C.

PlayPlanner, a new time and money budgeting tool from BCLC, is launched on slot machines in B.C.

As an official sponsor of the IIHF World Junior Hockey Championships, BCLC brought the excitement of hockey to 10 communities in B.C. by supporting the Road to the Games pre-tournament events.