Whether it's slots, blackjack, poker, or simply sitting at the side and sipping the free cocktails, Obsidian Entertainment's Fallout: New Vegas had something for everyone. Although the title of first Fallout spin-off goes to Fallout Tactics: Brotherhood of Steel, the idea of branching out beyond the main franchise was revisited for New Vegas in 2010. 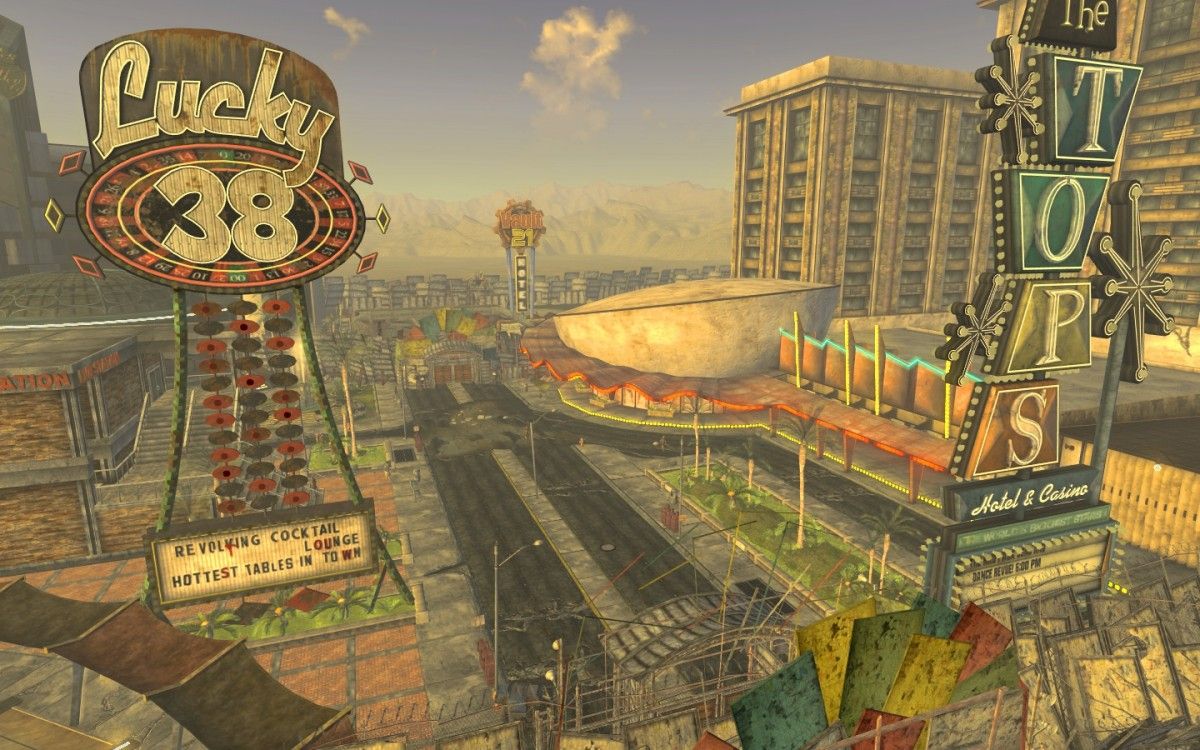 Giving the nuclear apocalypse a splash of neon, New Vegas shied away from the usual story that had made Fallout such a hit and handed the reins to Obsidian for something a little more fun.

Fallout 3 was an undeniable hit for Bethesda Softworks, which is great news after it took over from Black Isle Studios and Interplay Productions. Seeing it was on to a good thing, Fallout: New Vegas was fast-tracked into production under Obsidian. The developer gave birth to something that would become a cult classic and was an all-round hit. Set in the dusty plains of the Mojave Desert, you played as a mysterious character known as the Courier.

After being shot and left for dead, the Courier dived into the crime-riddled underbelly of New Vegas and bridged the gap between the warring factions of the New California Republic (NCR), Caesar's Legion, and Mr House. All three sides were vying for control of New Vegas, while the player's decisions would ultimately affect the outcome. We were introduced to fan-favourite Fallout creations like Mr House, Craig Boone, and Raul Tejeda (expertly voiced by Danny Trejo), but sadly, they've been MIA ever since.

Everyone has their favourite Fallout title, but when it comes to New Vegas, it hit that sweet spot of action and aesthetics that sees it tops many gamers' lists. Unfortunately, the gambling goliath lucked out after just one game and was beaten by the House. A whole decade later, and with fans still asking 'Where is New Vegas 2?', here's why Obsidian dealt us the hand it did.

Why hasn't there been Fallout: New Vegas 2?