© Other Buzz Group is based in NottinghamBuzz Bingo has announced plans to shut 26 of its clubs with the loss of 570 jobs under a coronavirus crisis rescue deal.

Buzz Group, the UK's largest operator by club numbers ahead of Mecca, said it had been forced into 'difficult decisions' since its entire estate was placed in hibernation at the start of the COVID-19 lockdown. 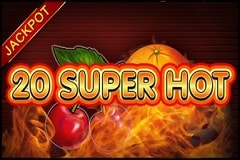 Buzz, which also has an online operation, said the 91 other clubs in its estate would continue to trade, with re-openings planned to begin from 6 August at 12 sites initially.

Mr Matthews wrote: 'The ongoing pandemic has had far-reaching consequences for the entire leisure and hospitality sector and an immediate and significant impact on our business.

'Following a thorough review of our options, the proposed CVA will restructure our retail portfolio to ensure we are well positioned for a return to growth, while adapting to the ongoing, challenging environment as we start to reopen the majority of our clubs.'

He told members affected by the decision: 'We know how disappointing this news will be - especially for those of our customers who are losing their local club, and of course, our colleagues - we know that we are more than just a club, we are part of your community, and for that, I am really sorry.'