In California, Powerball is played in the same way as any other state, with the following exceptions. See the How to Play page if you want further information about how to enter Powerball draws.

State law dictates that California’s prizes must all be calculated on a pari-mutuel basis, meaning that they depend on how many tickets are sold and how many winners there are. As a result, the prize amounts may differ to those awarded in other states. The table below shows how the total prize pool is split:

California is the only state that does not allow players to add Power Play to their tickets. This is because it is incompatible with the pari-mutuel prize structure. Multiplying prizes by a fixed amount, as the Power Play does, means that the final prize value is no longer based on the number of ticket sales and winners in each category. As long as California pays out prizes on a pari-mutuel basis, the Power Play will not be available to players in the state.

Prizes worth up to $599 can be claimed from any licensed lottery retailer in California. For prizes over this amount, you must complete a California Lottery claim form and take it to one of the District Offices below. Office hours are Monday to Friday between 8:00am and 5:00pm Pacific Time, excluding holidays.

Alternatively, you can claim prizes of any value by mail. You need to fill in a claim form and send it to the following address, along with your winning ticket: California Lottery, 730 North 10th Street, Sacramento, CA 95811.

Prizes claimed through the California Lottery can take up to six weeks to process.

Claiming With a Lottery Pool

When paying out multiple ownership claims (such as for a lottery pool), the California Lottery will pay each claimant directly when the prize is worth $1 million or more. When it is less than this, the entire amount will be paid to one member, who will then need to arrange the distribution of the winnings to the other members of the group.

Powerball jackpot prizes must be claimed within one year of the winning draw, and all other prizes must be claimed within 180 days. The winning ticket and the requisite claim form must be received by the California Lottery before this date, or postmarked before this date if you claim by mail. Prize money that is not claimed in this period is allocated to public education.

If your Powerball ticket has been lost or stolen, or damaged beyond legibility, you should call the California Lottery Security and Law Enforcement toll-free on 800-LOTTERY (800-568-8379) as soon as possible. You will be asked to provide details about the ticket, including when and where you bought it, when it was lost or stolen, and, if it is a winning ticket, the prize amount.

If lottery staff can find the ticket on their systems and they are satisfied that you are the rightful owner, the ticket will be placed on a security hold and you will be given further instructions to resolve the claim.

California does not allow lottery winners to remain anonymous in the event of a big win. If you do win a large prize on Powerball, your full name will be public record, as will be the name and location of the retailer from which you bought your ticket, the date on which you won, and the amount you won. Other details about you will not be disclosed unless it is legally required.

While you are not obligated to speak to the media after any jackpot win, lottery officials will guide you through the process if you decide to do so. California Lottery regulations prevent you from claiming prizes as a trust, which is how some winners in other states preserve their anonymity. Blackjack card games online free.

Where Does the Money Go?

Ninety-five cents from every dollar spent on lottery tickets in California is given back to the community in the form of prize money, funding for education, and compensation for retailers. The California Lottery has contributed more than $34 billion to public education since 1985, providing important funding for institutions at all levels, from K-12 right through to Community Colleges and universities.

The State Controller’s Office (SCO) determines how much money each school district or county will receive at the end of every quarter, and this is then allocated to each district through the State’s Department of Education and County Superintendents. School boards in each district decide how their share of the money will be spent; the California Lottery has no input into this process.

The other five percent of revenue from ticket sales is used to cover costs and operating expenses. Here’s a breakdown of how lottery revenue is spent in the state of California:

Money from other sources, such as unclaimed prizes and administrative savings, are also passed on to public education in California. This amounts to tens of millions of dollars every year. 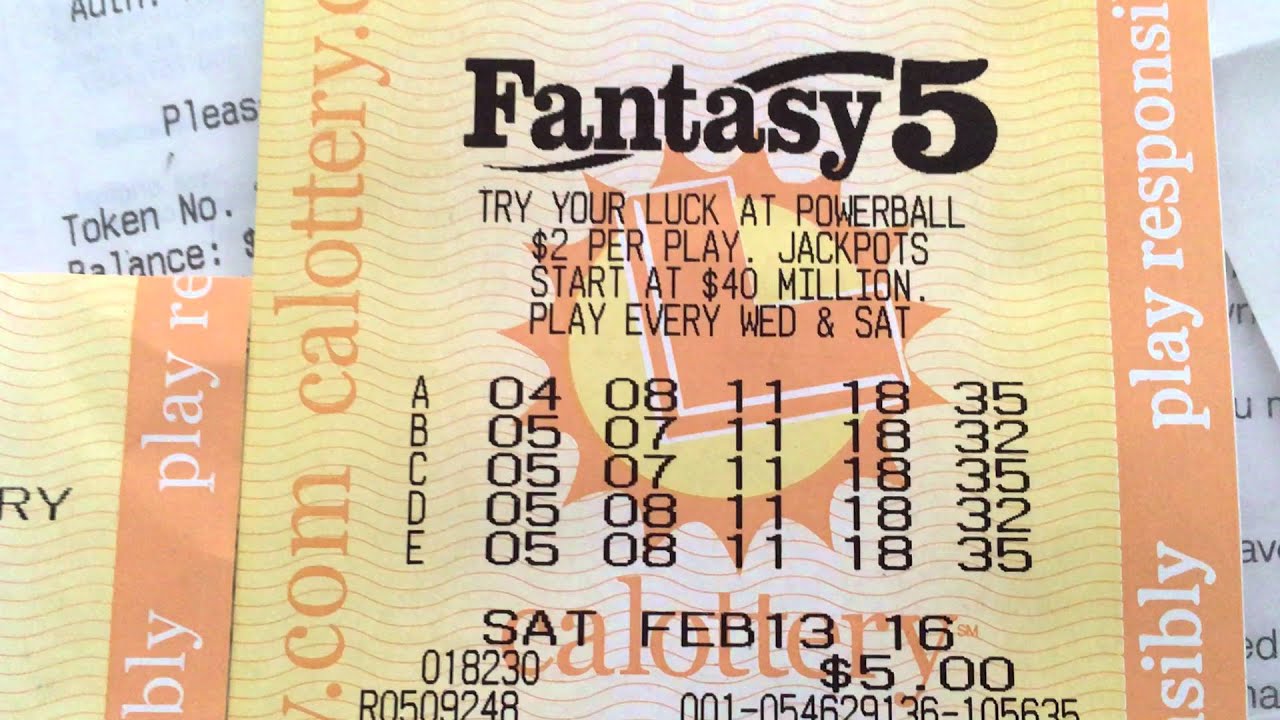 California was a relative latecomer to Powerball, joining the game in April 2013 as its 45th participant. Since then, however, players from the state have claimed billions of dollars in prizes, and none have come bigger than the share of the $1.58 billion jackpot that one lucky couple from the Golden State laid claim to in 2016. Marvin and Mae Acosta of Chino Hills took six months to come forward with the third and final jackpot-winning ticket from the January 13th draw, and they took home a cash lump sum of $327 million. The couple declined to speak to the media but released a statement when they made themselves known, saying: “We are thankful and blessed for the rare gift that has been placed in our care. While we are very grateful for the wonderful wishes and encouragement we've received, it is not our intention to become public figures.”

The second-biggest Powerball win in the state arrived a year later in June 2017, when Jeff Lindsay claimed a jackpot worth $447 million, from which he took a $279 million cash lump sum. The winning ticket was bought from Marietta Liquor & Deli in Menifee. Lindsay and his family declined to speak to the media after their win, but said in a statement: “We are obviously thrilled with this tremendous stroke of good luck and are still getting our arms around what it means for us.” It was the 10th-largest lottery win in the U.S. at the time.

Finally, B. Raymond Buxton from North California sits in third place on the state’s Powerball rich list after winning a jackpot of $425 million in the drawing on February 19th 2014. He claimed his prize on April Fool’s Day – due to his “healthy sense of humor”, his publicist said – and opted for the cash lump sum of $242 million before taxes. In a statement issued after he claimed the prize, Buxton said: “I’m going to enjoy my new job setting up a charitable foundation focused on the areas of pediatric health, child hunger and education.”