It’s in the nature of poker tournaments that at some point, you will find yourself playing with the short stack. Fewer players remain and closer to the final table you are; more players, including you, will be maneuvering with shorter stacks because blinds are getting bigger, and the tournament has to end eventually.

In this written work, you will find answers about short stack meaning and tips on how to approach situations and make profitable moves even when stacks aren’t big enough to play a lot of post-flop poker and outsmart your opponents. You will also find advice on how to improve your short stack game.

When speaking in terms of general poker, being short stacked means that you have a relatively small quantity of chips compared to others. Even someone with 50BBs when other players have 200BBs or more can be considered a short stack.

In tournament poker tho, you are short-stacked 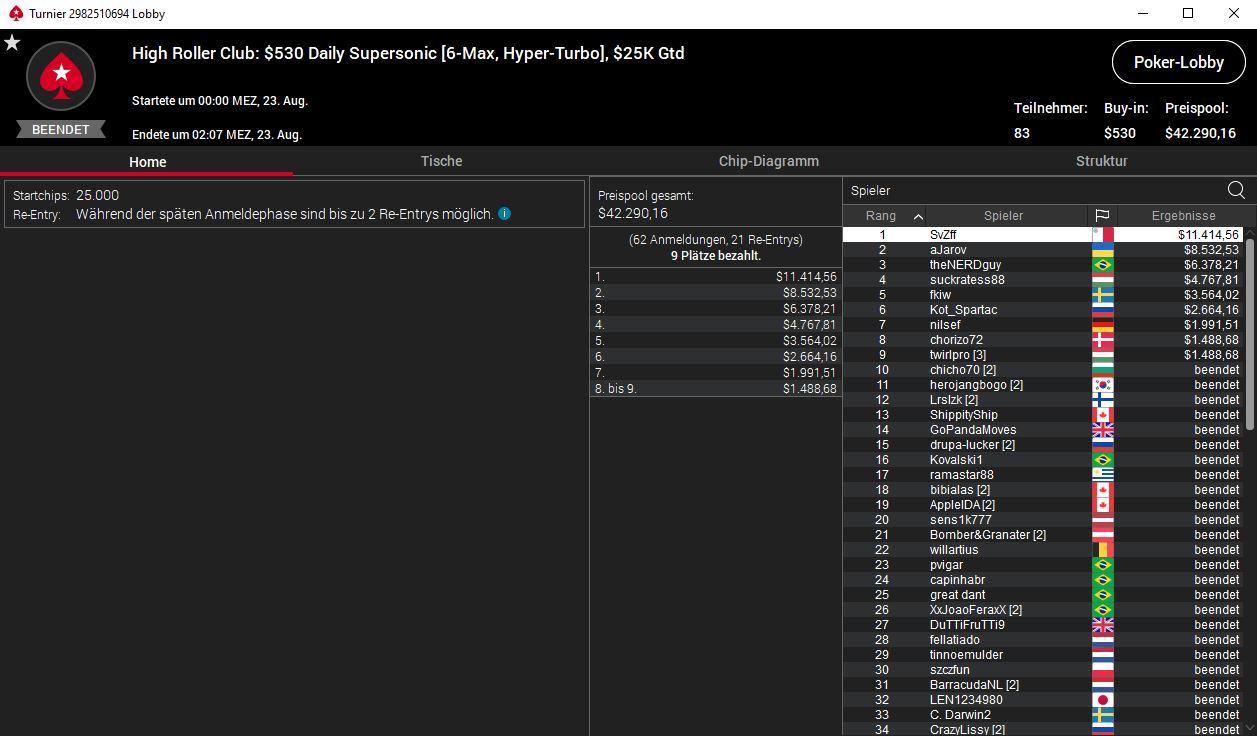 when your stack size falls below 25BB, even if you are among players with bigger stacks.

Let’s see why it happens so often in tournament poker.

There a total of 2.700.000chips in play and tournament average is 300.000 chips, which translates in an average of 30 big blinds per player. At this moment, there are four players with a short stack.

At this point, the average is still 300.000 chips per player, but it’s not 30 big blinds anymore. Because of the blind level increase, the average expressed in big blinds is 25BB. Even a small rise in blinds caused that there is one more player with a short stack at the table, and three more are getting close to the danger zone.

If you are playing in a turbo or a hyper-turbo tournament, blind increases will be even more significant.

If you look at the first table, you will notice that there are only four players with stack size lower than 25 big blinds. After the blind level went up, there is, all of a sudden, only one player left with 25 big blind stack or more. Even players that had deep, healthy stacks a minute ago, are now in short stack zone. 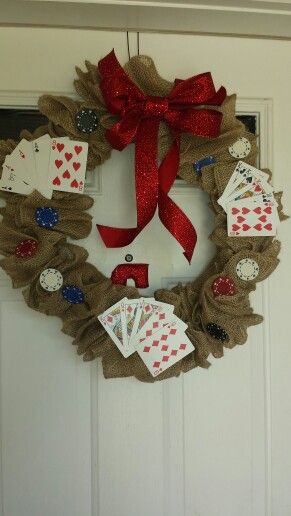 When talking about “short stack play,” it’s not only about considering playing while we are the “shorties,” but also when we are chip leading the final table and are playing against players with short stacks. It’s an effective stack that matters.

Advice is divided into two sections for easier understanding, preflop, and post-flop plays.

As you probably already know, poker is a game of adjustments. We adjust our game depending on our opponents. We adapt our ranges based on the position we are given. And we need to adjust our preflop ranges and strategy when the effective stack is short. Here are basic adjustments when stacks become short (as mentioned at the beginning, when stacks are 25BB or less)

As you can see, a lot of our decisions come from stack size analysis, so the key is to be focused and observant.

A lot of your decisions should be player dependant, so you need to be focused and aware of who you are playing against. It’s a very different story if you are shoving your remaining 10BBs against a calling station with 90BB stack or against a tight player with 9BBs left.

Information you received so far is good, and you should know the theory, but if you want to improve, you should practice and do your own calculations for different scenarios.

Here are the examples of calculations and how shoving ranges differ based on your opponents calling tendencies:

It’s a super important piece of software, and if you are aiming to succeed at poker, you need to use it on a daily basis.

Let’s say it’s final table time, and there are 7 players left. You are at the small blind with 10BBs, and there is a tight recreational player with 9BB left on the big blind.

When villain in the big blind is calling so tight, you can easily jam any two cards profitably, and it’s not even close. Here you can see the results (number below the cards means how many big blinds you are making by shoving):

Now you are in the same situation, just playing against a good regular player with looser calling range that looks like this:

With villans calling range constructed like the one above, we should still be shoving wide, but still noticeably tighter. A lot of hands also become marginal, and we can find a better spot later on. Here is the shoving range (some hands are unprofitable to shove with now already):

HoldemResource Calculator (HRC) shows us optimal, Nash ranges. You should take that into consideration and adjust players’ ranges based on how you perceive them. Even if villains calling range above is correct and optimal, how many times have you seen someone calling preflop all-in with J4s or T7s? That also speaks in favor of wide jamming from late positions while being short stacked.

One thing to have in mind is that HRC doesn’t take card removal effect into account.Simply said, it means that if 5 players already folded to us, there is a slightly bigger chance that the player in the big blind has a hand. So you should probably fold or limp hands that have +0.20 or less, as they are too marginal to shove.

We can deduct one more thing based on these calculations and common sense. Because players are usually calling too tight when you go all-in, you can limp your premium hands too. You avoid your opponents out-right fold, which is something you don’t want while holding aces, and you also give him a chance to raise. It’s another factor that speaks in favor of playing a mixed strategy. When you include good hands in your limping range, you are balanced and hard to play against. If you will only limp your bad hands, it becomes profitable for the villain to jam any two hands and print money.

Numerous scenarios can occur. You can be in a spot where you need to decide between pushing, calling, folding, restealing, etc. HRC will help you calculate all of those, so it needs to be part of your itinerary.

If you need help with setting up and using HoldemResource Calculator, here’s the tutorial on »how to use HRC«:

When we are playing short stack poker, most of the decisions will happen preflop. But there are still scenarios in which we’ll play post-flop.

One of the crucial things is that the stack to pot ratio gets smaller when one of the players is short stacked. Because of that, we should adjust, play more aggressively on the flop, and stack off more lightly. If we don’t go broke on Q73 with Q9o in the early stages of the tournament while we are 100BBs deep, all the chips will inevitably go in the middle at the final table with a 13BB stack.

It means you should c-bet a lot of the hands that missed flop and hands that smashed it. But you should also have some hands in checking back range that have relatively high equity, that you would typically continue with if stack were bigger. Thing is check-raising becomes more frequent with short stacks, and you don’t want to bet-fold weak draw if the opponent decides to raise you. It’s one of the biggest leaks players have as it wastes equity.

1. Let’s say both players in blinds are tight and passive, and you decide to raise K7o from BTN with the stack size of 17BB. Big blind decides to call.

As we said, c-betting is polarized, so betting in this spot is mandatory. You will scoop the pot immediately a lot of times, and if you get raised, it’s an easy fold. Villan probably has it, and you are, most of the time, folding a hand with three outs at most.

But when we open hands like 97s or Q8s and J96 flop comes, mentioned hands should be in your checking back range, as we forced to fold a hand with decent equity and more than three outs if villain decides to raise, which is disastrous. When stacks are deep, you can bet your weak draws, as you can afford to call a raise and re-evaluate on the turn. If we improve on later streets, there are implied odds present, and we can get paid immensely. In case we miss, our call wasn’t all that expensive.

Hands like KJ, QJ, JT, where we flop a top pair (on J96 flop), should always be a c-bet. When stacks are short, we need to protect our hands more.

Stabbing is just another term for »bet« in poker. It’s used when there was a lack of interest shown by other players, and we bet without a hand to collect the pot. When our opponent or we are short-stacked, we can use it in combination with the mixed strategy that was mentioned in the preflop section. It really is super profitable, and you should use it in high frequencies.

You are on the BTN with 17BB, and you get 98s. The hand is too good to fold, but there is a moderately aggressive small blind with 13BB and passive big blind with 18BB, so you decide to limp instead of raising to avoid a re-shove. Small blind completes, and the big blind decides to check. Flop is a monotone K32 and hand checks to you. It is very profitable to stab here even without a hand, as most of the time, other players missed too, so you can collect valuable chips without investing much.

If the board comes 456 with flush draw possibilities, you should consider checking back your weak draw with two overcards to avoid getting check-raised and being forced to fold.

We discussed theory, basic strategies, and presented examples on how to play short stack poker that occurs basically every single time at the final tables. But it needs to be said that these are just essential fundamentals. The focus was mainly on giving you an idea of how to be in as many +EV spots as possible. You should now know the correct ranges with different stack sizes or at least know the correct way to construct them.

After you have learned the basics, you’ll be prepared to learn about ICM impact, which is more complicated, but is of the highest importance when pay jumps get bigger.