Developers have released a growing number of Slingo games for online casinos as the popularity of the various titles continues to rise. Many of the games incorporate skill and decision-making, providing an unparalleled gaming experience that makes Slingo games far more than just the sum of their parts.

In other words, Slingo is more than just a combination of slot machines, bingo and table games, as the name suggests. It is the best of all three and more.

Join The Joker, The Cherub, and other classic Slingo characters on a bingo quest through the world of Fair Chance! It’s up to you to recover King Diamond’s stolen scepter and rescue the Queen from everyone’s favorite Slingo nemesis, The Devil. Slingo Adventure combines classic slot machine gameplay with Bingo and Keno style number matching.

Slingo’s flagship games include Slingo Riches and Slingo Extreme. There’s also the multiplayer Slingo Boom and Slingo, based on popular shows like Slingo Deal Or No Deal and Slingo Who Wants To Be A Millionaire.

Where to play Slingo at online casinos

The Slingo game library cuts across platforms and twists through genres. You can play the games on your desktop computer, mobile or tablet devices. Every single one features crystal-clear visuals and lavish graphics.

Slingo games are a fresh and exciting alternative in the online gaming world and developers have only just begun to take Slingo where it’s ultimately going.

The Slingo library consists of more than a dozen games with separate themes and rules. Basically, Slingo is an online game that combines elements of slots and bingo.

A pair of New Jersey real estate developers created the game in 1994. They sold the Slingo brand and concept for $15.6 million in 2013, and it eventually landed in the hands of UK-based Gaming Realms.

How does Slingo work?

Basic Slingo gameplay involves players taking a set number of spins, each drawing five numbers below a bingo card. If players find the numbers on their cards, they are marked off.

Special items are also drawn, including wilds that allow you to mark off numbers either in the same row or anywhere on the board, free spins and coins that offer instant cash prizes.

Wins are based on a prescribed formula on the card and add up based on how many horizontal, vertical or diagonal Slingo lines you can mark on the card.

It’s essentially a personal bingo game with some aspects of slot play, including the fact that you spin it like a slot in an effort to put together as many bingo lines as you can.

10 of the most popular Slingo games

While there aren’t as many games in this category as there are slots, there are quite a few that have become staples over the years. Below is a list of the 10 most popular classic Slingo games. 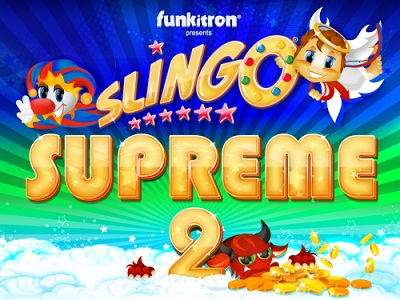 Slingo Riches launched in April 2015 as the first-ever, real-money online Slingo game. It’s the game where slots meet bingo, mixing the best elements of both to create a simple-to-play yet highly engaging game.

You get 11 spins on the reel at the bottom of a 5×5 grid to match numbers and mark off horizontal, vertical or diagonal Slingo lines. The more Slingos you get, the bigger the cash prize you will win.

Jokers and Super Jokers are wild, and you can earn up to four free spins and instant cash prizes along the way. Just try to avoid the Devil, who can block potential matches on the reels.

Monopoly Slingo combines elements of bingo, slots and, of course, the classic board game to create something completely original. 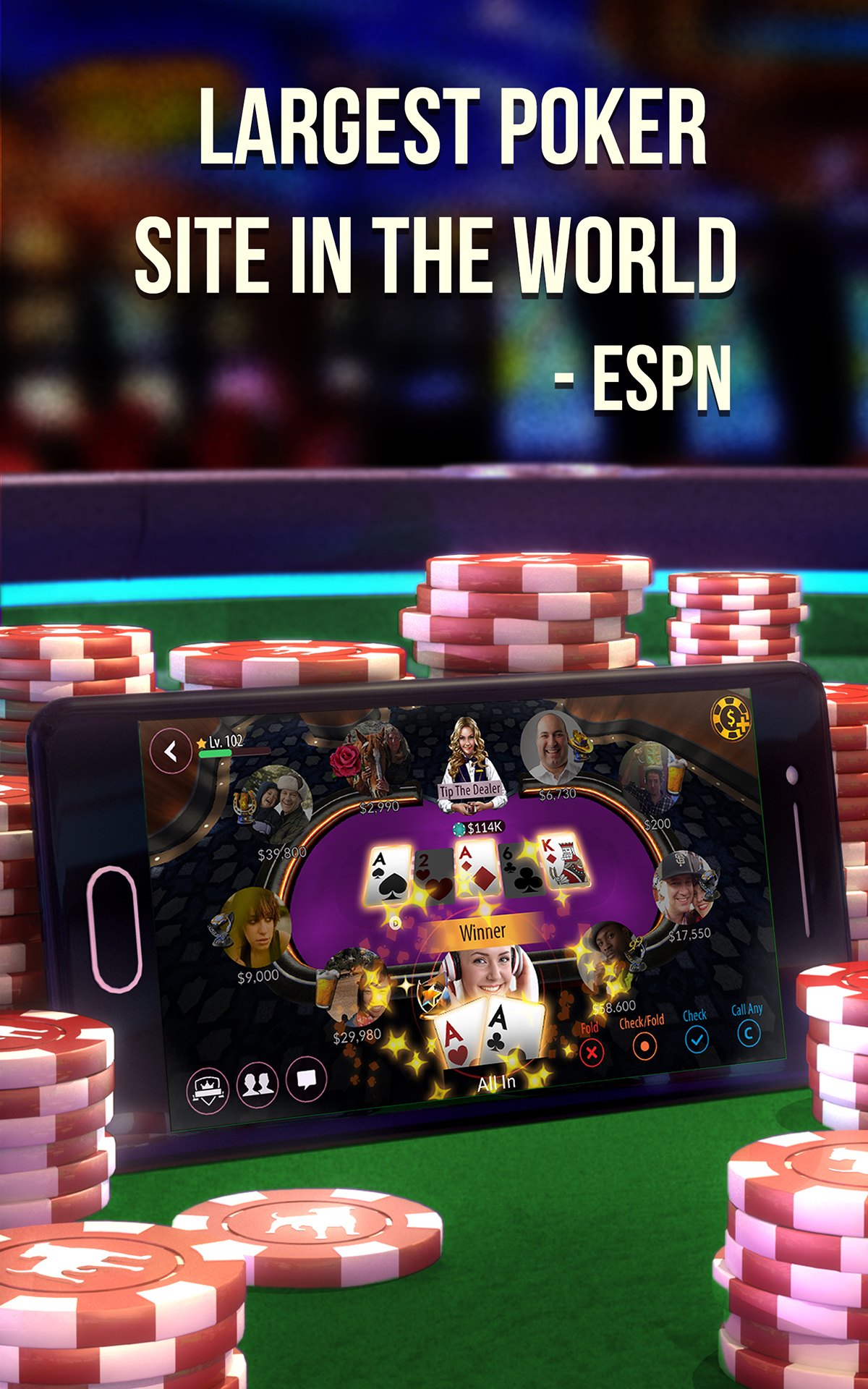 Monopoly’s familiar features are mixed with the Slingo format, starting with a card made up of Monopoly properties instead of numbers.

No spins here as you roll the die to move around the board instead, and try to land on properties to mark them off. Complete a Slingo, get a cash prize and find multipliers to grow the rewards exponentially.

Life is a SlingoCarnival, believe it or not. This Slingo game is jam-packed with bonus games galore. It’s traditional Slingo starting with a 5×5 grid and a goal to make as many Slingos as you can.

Slingo Carnival allows you to unlock up to seven bonusrounds where you’ll try to knock down bottles, pop balloons or jump on a wild carnival ride. Plus, there are unlimited free spins.

Slingo Cascade is Slingo with a cascade mechanic on the slot reel and the 5×5 grid increasing the possible number of Slingos you can earn in each game.

The squares explode when a Slingo is completed, causing a cascade of new squares and more chances to win. Plus, matches explode in the reel, allowing a new number to spin in for more possible matches.

5. Deal or No Deal Slingo

The hugely popular game show enters the Slingo universe with this title. Just like the show, Deal or No Deal Slingo will have you selecting briefcases and deciding if it’s deal or no deal when the “banker’s offer” comes in.

Of course, you’ll also play traditional Slingo, spinning the slot reel and marking off more cases on the Slingo grid. It’s the best features of Slingo and Deal or No Deal all in one.

The game Slingo Extreme takes traditional Slingo to the next level. It’s Slingo Riches with increasedjackpots and faster gameplay. Slingo Extreme is the best of slots and bingo cranked up a notch.

Slingo goes East with the Slingo Fortunes title, an Asian-inspired Slingo game. It introduces a “pickme” mechanic to Slingo and replaces the traditional 5×5 grid with red envelopes. Match a number and the envelope will open to reveal and eliminate a prize.

Collect four Slingos to activate the fortunes offer you can take or keep spinning. After that, every Slingo is worth more. Make a deal or risk it all where you can also enjoy unlimited extra spins.

Slingo Reveal is a unique twist on traditional Slingo using an instant win scratch card format. Mark off five numbers in a row to get a Slingo and you’ll be awarded a symbol with a prize amount attached. Collect a specific number of symbols to bag the prize.

Slingo gets a Western makeover for Slingo Showdown, which combines traditional Slingo with poker hands and gunshots. Players shoot numbers off the 5×5 grid, and the Western soundtrack and sound effects complete the transformation.

Slingo triples the ante with Slingo XXXtreme, a faster version of the traditional game featuring bigger jackpots and a host of special features.

You can even buy your way to unlimited free spins.

Legal casinos offering Slingo usually provide some sort of no deposit bonus when you join. You can use these funds to play for real cash.

You can use our handyno-deposit bonus guide to see which US casinos offer free cash bonuses and use it to play Slingo for free.

Any winnings you accrue will be yours to keep.

Of course, you’ll have to be in the state where that specific online casino is licensed. US online casinos use geolocationsoftware to track your whereabouts and make sure that’s the case.

You can download most online casino apps to your iPhone orAndroid device. Do that and your mobile phone or tablet will feature a Slingo app you can play for real money any time you like.

Most apps feature a pretty decent selection of the same casino games you’ll find on the online casino websites and that includes the lightweight and simple-functioning Slingo games.

Slots and bingo, it’s no wonder Slingo is a hit

By combining elements of bingo and slots with popular themes and other games, Slingo has been growing in popularity since it first hit the market in the mid-1990s.

The Slingo game library has only grown since launch and now includes some of the most popular themes in casino gaming, making it the perfect fit for the US online casino market. The simple gameplay and less-than-bulky software also make Slingo the ideal game for the growing mobile casino market.

All in all, the variety of games and diverse gameplay make Slingo, in all its variants, a huge hit. It is no surprise considering it’s born out of two of the most popular games in US gambling history, slots and bingo.

What’s Slingo all about?

Slingo is a game that combines bingo and slots… Or is it slots and bingo?

This may sound strange, but it makes perfect sense when you think about it. After all, both bingo and slots are completely random. So the mechanics behind the games are perfectly compatible.

Slingo brings together the excitement the classic bingo rooms with the relaxation of slots to create a whole new sense of anticipation.

There are currently 36 Slingo games in the market.

Until we finish reviewing each and every one of them, we’ve come up with a shortlist of the top four titles that represent the best of the best and most popular Slingo games:

Deal or No Deal Slingo

combines the famous TV show with the original Slingo, so that with every win you get to choose between a deal-or-no-deal gamble.

the popular Rainbow Riches slot gets a makeover with innovative gameplay.

increases the pace of the original Slingo with faster gameplay and great jackpots up to £50,000.

first-ever online Slingo, released in 2015. The classic elements of slots and bingo come together for exciting gameplay.

All these games have standard and special features, including wild joker symbols, super jokers, free spins, coins and devils.

Slingo uses HTML5 technology, making it totally optimised for mobile. You can play it straight from a browser on your iOS or Android device.

As the slingo’s popularity grows, the number of games multiplies. We can therefore regularly discover new slingo games. Here are the most recent releases.

You start the game with two lives. If during the spin no number is on your grid, you lose one life. On the other hand, if one or more numbers match, you get one life back up to a maximum of 2. You can win up to 200 times your starting bet.

The game stops when you run out of lives… or if you make a Full House by completing the grid in one bet!

Try Slingo Lucky Streak for free at All British Casino to get a better understanding of how it works, you’ll see that it’s very simple!

How to play slingo

Slingo works with a 5×5 grid of numbers and a single-row reel. The reel spins to produce a random set of numbers every time.

When the numbers on the reel match those on the grid, the cards get flipped over to reveal a symbol. The ultimate goal is to fill up the bingo lines using the lowest number of spins.

The bingo-slot mechanic gives you 11 chances to spin and fill up to twelve win lines.

Jokers let you mark any number in the column that lines up with their reels, while Devils block them out.

Slingo Originals is the exclusive developer of Slingo games. This means that the game is only available at casinos that deal directly with this provider.

Only two online casinos carry the Slingo for UK players.

The good news? These are two of our favourite online casinos: Play OJO and All British Casino. What’s more, LadyLucks readers can register using a welcome bonus code by clicking on the links on this page!

Since its creation in 1994, Slingo has become a hit at both offline and online casinos.

PlayOJO is licensed in the UK by the United Kingdom Gambling Commission (UKGC). This means that both the casino and the games are licensed and regulated, which is a guarantee of fairness and safety.