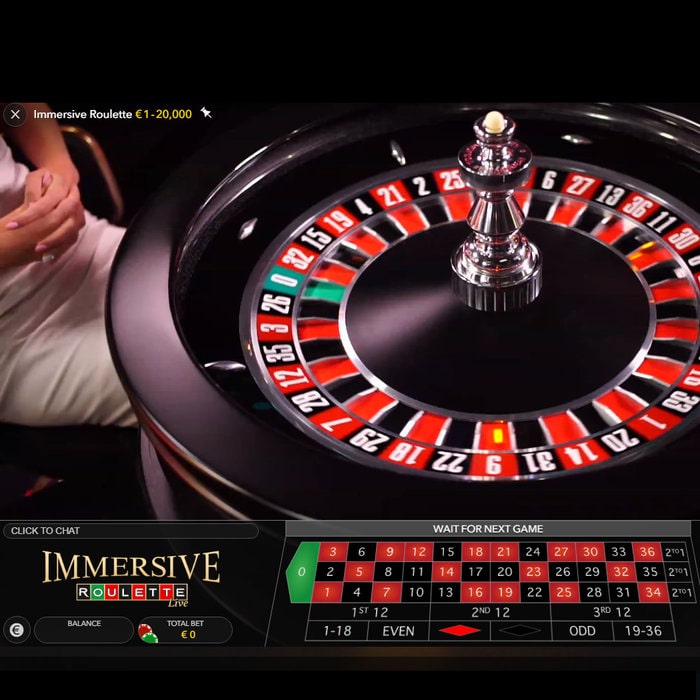 In this fast-paced baccarat game, the cards are dealt face-up, there is no squeeze, and the betting time is kept to a minimum so as to maintain the speed of the game. Still, the fast pace of the game does not mean your favourite bets like side bets and road bets are not there.

The natural flow of the game is preserved at all times. It’s just that with Live Speed Baccarat — every second counts and players have recognised that, which is why Live Speed Baccarat has become the best-performing game of baccarat by Evolution Gaming.

The action in Live Speed Baccarat takes place in a modern studio with a flashy backdrop featuring golden light and even some other dealers in the bokeh of the frame, which gives an impression of a real casino floor.

The curved baccarat table is covered in golden felt manned by professional dealers who maintain a great communication flow with players, contributing to the overall immersive playing experience. You can find transparent dealer shoes on the table, and each time the shuffler comes to shuffle the cards, you can monitor the process to make sure everything is done fairly.

The traffic light notifications tell you the current status of the betting round and when you can and can’t place bets. The games and streaks of the game are presented in visible scoreboards, like the Bead Road, Big Road, and many of the Derived Roads, so the players can have a valuable insight into the game’s statistics.

All controls are clearly displayed and easy to master, which makes Live Speed Baccarat not only fun to play but easy as well.

The optimal RTP percentage for Live Speed Baccarat is 98.94%.

Live Speed Baccarat has pretty much the same rules as the regular Live Baccarat by Evolution Gaming. The goal of the game is to predict whose hand will have the value closest to 9. The game is played with eight 52-card decks.

The game begins when the dealer gives two cards to the Player and then two cards to the Banker. The value of cards is taken according to their numeric value, which means 10s and face cards are worth 0, while aces are worth 1. Cards from 2 to 9 are taken at their face value. The suit of the cards has no role in the game.

Prior to each round, the player needs to decide whether to bet on the Banker’s or Player’s hand being closest to the number 9. The players can also bet on the round ending in a Tie, which happens when the Player and the Banker have the hands of the same value.

The value of the hand is calculated by dropping the ten digit from the hand which is otherwise worth 10 or more. For example, if you get a 9 and an 8, your hand will be worth 7 (17-10=7). The players also have a range of side bets to choose from, like if the hand dealt to the player will constitute a pair or not, and many others.

The gameplay is live streamed with multiple HD cameras that cover every aspect of the game and all the action that happens at the table. You can switch between multiple- and single-camera forms, both of which give you the necessary angles to monitor the game. You can also toggle between two views, one of which gives more prominence to the table and the dealer, while the other zooms out a bit and puts more focus on the betting options and the chat table.

The primary language of Live Speed Baccarat is English, but thanks to the numerous customisation options provided by Evolution Gaming, you can have the game in multiple languages with native-speaking dealers who give an extra edge to this fast-paced baccarat game.

Live Speed Baccarat is perfectly optimised for all kinds of mobile devices, regardless of their operating systems. You can play it on Android, iOS, Windows, or any other kind of system in both landscape and portrait modes.

The navigation is smooth, and the game scores highly on the user experience scale as well. All betting options are available on mobile devices as well, so you can take your Live Speed Baccarat with you anywhere you go. Just make sure to have a stable internet connection and you'll be good to go.

Speed in the world of Live Baccarat is something gamblers crave. With Speed BaccaratLive by Evolution Gaming, gamblers can now play a fast online baccarat game. Regular baccarat has a 48-second duration per session. However, with this Mobile casino game, each session takes just 27 seconds. You can read the review below for more details about this baccarat game.

In Speed Baccarat Live, players can expect regular baccarat rules in play. This game is played with eight decks of regular playing cards. This Mobile casino game is beamed live from Riga in Latvia, the location of Evolution Gaming Studios.

Players can only play this game in a real-money mode. There is no random shuffling of cards in this game and side bets can be placed as well. Upward facing cards (two each) are dealt by the dealer to both the player and banker. This is done after bets have been placed.

This version of baccarat is built for speed. In Speed Baccarat Live, players have a total of 12 seconds to place their respective bets for each session. The dealer initially deals two cards each to the banker and player. However, the dealer can deal the third card where necessary.

In this baccarat version, the game can go either to the player, the banker or may end up in a tie. The speed also extends to the payouts as well. As after each session, those losing wagers are gotten rid of while winning payouts are paid immediately to a player’s account. As a player, you have just 12 seconds to place your bet for a new session or to leave the table.

In order to maximise the speed of this baccarat version, the developers have excluded some features. The excluded features include a “squeeze card option” and variety of camera angles. However, the game’s interface is still easy to navigate.

Speed Baccarat Live is for quick-witted gamblers. There is no room for delays in this game and that’s why Evolution Gaming sacrificed these features in place of gameplay speed.

Pokie mate casino. Playing on the Go at Pokie Mate Casino If you love playing your favorite pokies on the go, Pokie Mate is available for play on an array of smart-phones and tablets. The site is developed in HTML5 and loads. The Pokie Starter Pack offers for the first three (3) deposits in the casino are the following: 1st deposit: 200% bonus up to $1000 + 50 free spins on Fortune Pig, Diamond Wild, Roo Riches, The King or Cash.

With a fast gameplay and payout cash out available. This game promises to keep players busy for a long period of time. The drawback of this baccarat version is the lack of a variety of camera angles as well as a dealer “card squeeze” option. Any player looking for a fast-paced online baccarat, then this version should do just fine.